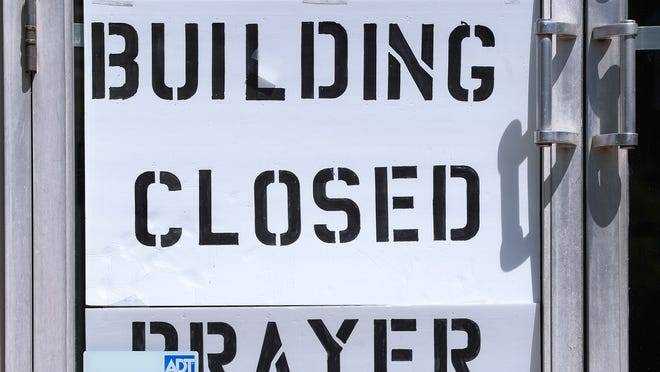 In south-central Kentucky, the Regional Workforce Development Council is helping fill the truck driver shortage through a federal program that pays for training. Two men say the effort put them on a new path in life, thanks to those involved in the program cheering them on at every turn.

At Franklin Express in Simpson County, Ky., James Boatright recently backed up a truck called a “garden dog.” His training for a commercial driver’s license, or CDL, was paid for through the federal Workforce Innovation Opportunities Act. Boatright said he was quickly hired as a local driver.

“Our company is engaged by Berry Plastics to get its products to warehouses safely,” said Boatright. “I may have to move several trailers a day, so basically the farthest I go is across town. There is another warehouse down the street.

Listen to the audio version of Rhonda’s story.

He said that when his previous job with a manufacturing company ended, he went to the Kentucky Career Center in Bowling Green.

“So I come in and meet this lady, her name is Amy Settles,” Boatright said. “She’s a fantastic person.”

Boatright said she told him about the CDL course at South Central Kentucky Community and Technical College, and helped him handle all the details.

“She was really a beacon of hope for me in a very dark time because I have two young children,” said Boatright. “One of them is a three-year-old girl who has autism. They depend on me, and that’s why I changed my life, it’s because I no longer have room for error.

Boatright is 31 and said he had a high school English teacher who encouraged his writing skills, so he planned to major in journalism at Western Kentucky University. But when he was 19 and at WKU, his life took a turn for the worse.

“During this time, my father had leukemia and he passed away. I really felt like he was the only person I had in this world, “said Boatright.” And when he’s dead, it’s like, OK, so now you got no one, so what do you do? I happened to know people who sold marijuana, and I knew I could get in there and make some money.

This little money turned out to be a costly mistake. He ended up going to jail.

“After I got out, I came home, and I had a hard time finding a job,” he said.

Boatright said he found people in the CDL program who made it easy for him to stay on the high road.

“There’s a gentleman over there, he’s the head instructor, his name is Oakley Vaughn, and he’s probably one of the best people I’ve met in my life,” Boatright said. “It’s not just him. It’s everyone and the staff at this school. They won’t give up on you unless you quit on your own. The only way not to get your license would be to d ‘to abandon. “

South Central Workforce Development Board Chairman and CEO Robert Boone said people who are dedicated to helping others are at the heart of the Workforce Innovation Opportunity Act, or WIOA.

“It’s also the beauty of the WIOA program, is that we fund the program and work with them on the program and then after the program to find a job,” Boone said. “Because our number one goal is not the degree, it’s the job. And not only work, it is job maintenance. It’s about changing lives. ”

Boone said at least three people who were previously homeless have completed the CDL training program and are now employed and making good income. He said the regional workforce council worked with SKYCTC to launch the program in July 2018 after a study found the 10-county area was short of 400 to 500 truck drivers.

Brian Miller, 39, said that after being jailed for marijuana trafficking, his life took a positive turn when he returned home and visited the Kentuky Career Center in Bowling Green to find out how to get his commercial driver’s license.

“Amy Settles, she was so sweet. She took care of everything I needed and she even put me on a scholarship where they would also pay me to go to school, ”Miller said. I got paid to go to school and they paid for schooling. I don’t see how you can go wrong with that.

Miller has three children and a stepson and said he makes a good living working for Taz Trucking in Warren County, driving to destinations within 100 miles.

“I come home every night which is a good thing, especially when I come home to my family,” he said. Miller.

As for his career and business, Miller said he didn’t want anywhere else.

“Mostly, you know, the place where I am right now, Taz Trucking. They are great people, ”Miller said. Here it is like a starting and stopping point for me. ”

“We are probably in the second year of a significant national driver shortage. There is always more freight and more and more trucks to fill than we seem to have drivers. This is absolutely the driver’s market, “said Fulkerson.” We are always looking for new employees. We have just added 10 trucks and 15 new trailers to our fleet, as we continue to increase our capacity we need new qualified drivers every week.

The regional CDL program has funded the training of 76 men and 14 women since its launch in July 2018. It has expanded to Hart County to give residents in that part of the region the opportunity to participate in the WIOA training program. Of these 90 people enrolled in the CDL program, 57 have a job and 26 are still in training.

They are in a highly demanded career. The American Trucking Association reports that there is currently a shortage of 60,000 drivers. This shortage is expected to increase to 100,000 over the next few years.